Skip to the content
Patrick M. Kelly's Bulletin Board 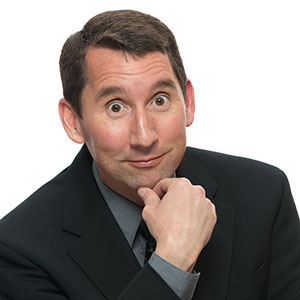 Greetings! Welcome to my little corner of the internet, and thanks for dropping by. Who am I? Photographer, adventurer, and all-around goofball living in Albuquerque, NM. Feel free to look around!

I recently published photos of three foster kittens I cared for in July 2020. As is often the case, the published images might give the impression that this trio of furballs could only bring fun and happiness into my world, but reality can be darker than what everyone sees. Behind the scenes? These monsters wreaked havoc in my life and left me with nightmares I may never recover from. (OK, so let’s acknowledge that there is a lot of hyperbole here and this article is written with tongue planted firmly in cheek.)

Before we dive into the hell these little demon spawn unleashed into my unsuspecting life, I should mention how I ended up in the position of fostering to begin with. My girlfriend’s daughter — Jenna — started fostering kittens as a way to support the Animal Humane Society and make use of the extensive stay-at-home time brought on by the COVID-19 pandemic. Her first group of kittens were cute, friendly, energetic, and playful. I had the privilege of helping her care for them. She educated me on the need for animal fosters, especially during summer months when the population of newborn kittens will typically explode. Since the pandemic also left me working from home, I decided to fill out an application myself. The next day I received a call to come pick up a set of three five-week-old kittens.

I drove to Animal Humane New Mexico in the early afternoon hours of that fine summer day. They loaded my car with supplies, gave me a kitty condo/cage enclosure, and buckled a carrier into the back seat containing three playful little kittens who were vocal for the entire ride home. I hadn’t laid eyes on them yet. All I could see was the occasional paw reaching through the kennel grates, exploring the world outside. Those innocent paws, in hindsight, seem reminiscent of a creature-based horror movie’s opening scene. One that is designed to lull the protagonist into a peaceful and trusting state of mind.

Upon arriving home, I was thrilled to find that all three kittens were trusting and social, ready to jump in my lap. This isn’t always the case with fosters. Some are wary of people, and need their time in foster care for socialization and to gain a sense of trust toward their human caregivers. For me, I was happy to see that my time with foster kittens was off to an easy start.

The Amityville Horror (1979) features an early scene where the local priest blesses a house that was purchased by George and Kathy Lutz. A swarm of houseflies begins to grow, buzzing around his head, landing on his face, and generally disturbing the priest before a demonic voice thunders through the house telling him to GET OUT!

Thankfully I never heard disembodied voices, but insects were now a part of the game. Instead of flies, what I found upon waking the next morning was a swarm of ants covering the kittens’ food dish, the floor of their enclosure, and unfortunately, the kittens themselves. I think I was more traumatized than the kittens were, and immediately moved them to another room and brushed away the insects. I cleaned their kitty condo thoroughly and wondered how I was going to deal with this unforeseen difficulty.

Lucky for me, thanks to Google, I found a suggestion to start putting their food dish inside of a second dish, and filling that outer dish with water. This was apparently a known approach to keeping ants out of food, and therefore away from the kitty condo. I tried it. With mixed results. It worked well for a night or two, but kittens inevitably knock food out of the bowl and onto the floor of their enclosure (and sometimes out of their enclosure entirely). And cat food is a big draw for ants. After consulting with Animal Humane, I also placed D-CON ant baits around their cage hoping it would solve the problem. It didn’t.

One of the more amusing frustrations was that the kitties would drop toys — this one a pipe cleaner they played with often — in a way that would bridge the water gap. And I would come home to a new infestation within their enclosure. Sigh. Dealing with the ants was a battle I fought constantly and never made significant progress.

At this point, the timeline becomes a bit of a blur. It was shortly after the kittens’ arrival, though, that respiratory infections took a stronger hold. These never got out of hand, but eyes would occasionally be crusted over and “glued shut” in the mornings. Sneezes were commonplace. I was instructed to administer nose drops once a day and eye drops three times a day.

Holy hell, what did I get myself into?!?? Snapshots like this prompted comments on social media about the need to avoid getting these creatures wet or feeding them after midnight.

Medications can be tricky, especially for an inexperienced caregiver like me. And giving them was the first time I observed a difference in temperament between the three siblings. Arthur (the black one) didn’t enjoy getting drops in his eyes or nose, but he dealt with it and went about his business. Duncan (the yellow one) would squirm and complain, but ultimately let me administer the drops before he went back to playtime. Percy — on the other hand — would fight me and scream. I mean SCREAM. I didn’t know kittens could make so much noise. I was worried my neighbors might hear and call the authorities. That little body that weighed only a pound could generate a piercing wail that frightened me. My heart pounded while I’d work to calm him down and get the drops administered quickly, all while he was kicking and wrestling within the towel I had him wrapped in. No matter how calm I spoke and how I tried to comfort him, he would fight and flail and scream. (Need another movie reference to help with the visuals? The Exorcist comes to mind.) The remnants of my anxiety from those sessions is returning now as I type this. One of the scariest sounds I’ve heard in my adult life, and one that I worry is capable of opening a door to another dimension. Yikes!

By this time, I had started referring to these guys as Clawed Death Tribbles. Super cute and cuddly, but as I’ve heard other people say, they are sharp on five ends. Being friendly means they wanted to be near me — and on me — whenever they were outside of their enclosure. It was not uncommon for them to try climbing my legs, despite the fact that I always wear shorts. I had plenty of scratches all over my body, especially on my hands, arms, and shoulders (they loved to climb up and sit on my back if I was holding them). Not that any of theses scratches were particularly bothersome except for one thing. Hand sanitizer. Freaking HAND SANITIZER. Given the whole COVID-19 pandemic, every time I used hand sanitizer the scratches on my hands would burn fiercely and I would grit my teeth and bear it, looking forward to the day when my hands would heal.

And finally, we had the bathroom issues. Or more precisely, issues with litter-box training. And diarrhea. Simultaneously on occasion. One of the things I did not anticipate when I brought them home was the number of times I would do laundry every day. Between cleaning their enclosure, cleaning their litter boxes, and cleaning up after they were out and about, I was sometimes doing three loads a day. Some of that was to be expected. Diarrhea is apparently a common complication with young kittens. The veterinary staff at Animal Humane always had solid guidance for trying to treat it, but one of the kittens had a persistent problem. So even when it was properly “placed” in the litter box, it would undoubtedly get tracked everywhere.

I did learn a bit about giving kittens a bath — or a partial bath — when needed, and overall that seemed to go well. And that was a big help with cleaning up after bouts of diarrhea. But then there were the behavioral components of litter-box training I never completely addressed. Kittens that would step out of the litter box and pee on the floor next to it. And on one occasion, step out of the litter box, jump in my lap, and then pee on me. (Didn’t see that one coming, and I’m not sure if he was trying to tell me something or not.)

So was it worth the trouble?

Caring for three kittens is a lot of work, but this was a temporary gig and it generally went well. One thing I did not appreciate beforehand is exactly how much time fostering would involve, and trying to do this alone, while still working full time, was difficult on some days.

Also, as I am sure you can imagine, it’s always a little difficult to say goodbye when it’s time for them to leave. I hope they find wonderful forever homes quickly. They all deserve it, and they’ll make wonderful companions to whomever chooses to adopt them.

Would I do it again? I’m considering it. The house feels a lot quieter now that they are gone. So it might be fun to give it another go. After all, it’s still the season for newborn kittens.

This site uses Akismet to reduce spam. Learn how your comment data is processed.