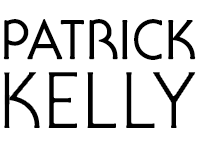 The world was introduced to Michael Myers on October 25, 1978, when John Carpenter’s Halloween hit theaters. After a slow start and poor initial reviews, it eventually gained momentum and became one of the most successful independent films of all time. Not only did it launch the career of its young and talented director, but it also set Jamie Lee Curtis on her path to stardom.

I personally count Halloween among my all-time favorite films. I watch it every year when October rolls around, partly for effect, and partly for that imagery of trick-or-treating in the late 70’s (serious nostalgia for someone like me). Additionally, I consider its soundtrack to be the scariest music ever written. To this day, hearing that music after dark, when I’m home alone, will trigger a major case of the heebie-jeebies.

I’ll admit that I have also been fascinated by the behind-the-scenes documentaries that discuss the making of the film and its impact on the horror genre. You can find at least one of them on YouTube if you’re curious. I also enjoyed going back to read the original review by Roger Ebert, when he was one of a small handful of critics that considered Halloween an excellent film. He closes his review beautifully when he says “I’d like to be clear about this. If you don’t want to have a really terrifying experience, don’t see Halloween”.